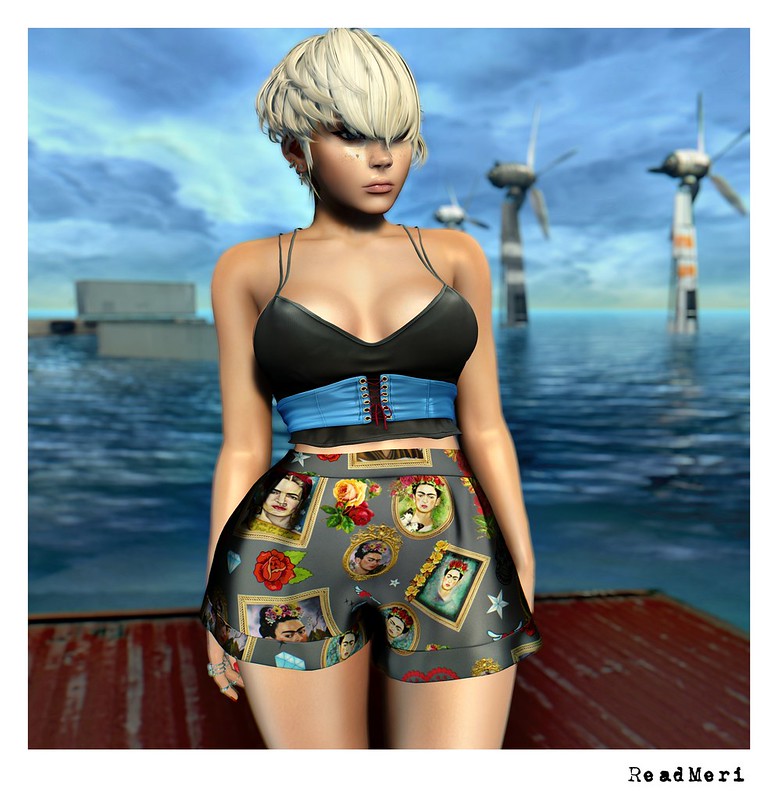 I do love to dip into the SL Reddit, I post my blogs there, much to the disgust of some of the patrons and I also like to read the threads posted. Many of them are asking for advice on where to get something or how to solve a problem. Some of them are pure gold. I was there just now reading a discussion where the OP had asked what the weirdest/wildest experience you ever had in SL was.

It really got me thinking and quite honestly, some of the answers I read were so much wilder and nuttier than anything I can come up with but I’m going to have a go, here and now.

At AAi (rest in peace) we’d put a set into events and it was attended by loads of people including Limey Linden who simply hopped onto the pole and boogied the night away. Limey was a British guy living in the US and, obviously, working for Linden Labs. He was a strange black shaped avatar. In fact, I do somewhere have a picture of him on the pole, but I can’t find it anywhere – I think this was in 2009.

Here’s a pic of him taken by someone else, Tim Deschanel 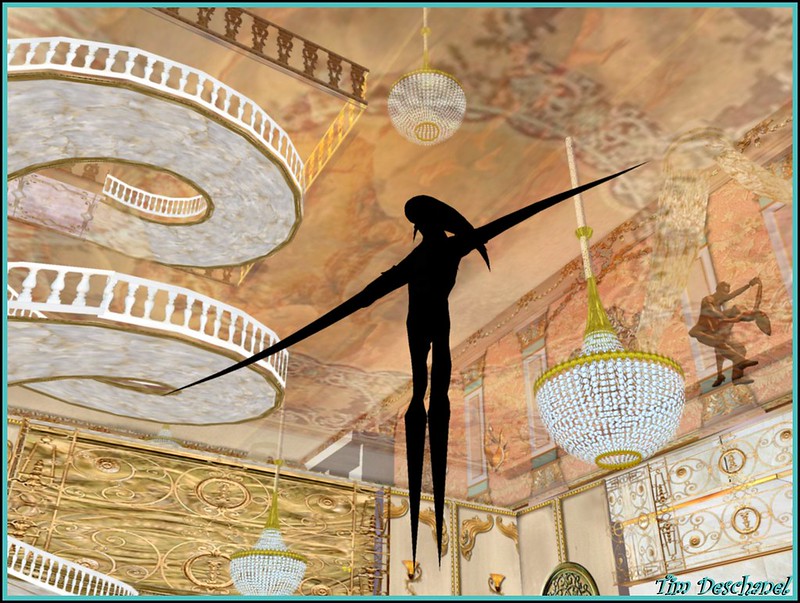 Another time, I was out shopping and a guy IM’d me and asked me if he could be my slave. He was very polite and nice, but I explained I didn’t really have a use for a slave. He enumerated the various ways in which he could be helpful, how he wouldn’t expect anything in return and all that. I said I had a partner who wouldn’t like me having a er… pet man. He said he would help Thom out too if he wanted. I was just about to close him down and he said something that nearly, almost worked… “I could sort your inventory out for you, however you wanted. I would spend hours and days on sorting it if that’s what you wanted?” Oh I was so tempted, soooo tempted, but figured giving my password to a stranger however polite he was might be a bad idea.

And then there was another oddness, one of the few I can actually recall anyway (I’ve a short memory and let’s face it, SL strangeness becomes normal) was the religious nut. This person went through a phase of IMing me for a few months with the hellfire that my local Methodist church had neglected to instill in me all those years ago. Apparently, I – along with many of you – will be burning in hell for all eternity for the transgressions we commit with our pixel selves (he must have been spying for some time).

And finally, finally, I’m going to have to be a wee bit vague, because this one involves someone still in SL for sure. I managed a club before we had AAi and I was there along with the DJ playing at the time, a lovely girl called Plava. Plava originated in a country which was at war with another country. A guy who ran a very big group used to promote sets at clubs arrived for the set and apparently, he was from the other country in conflict. They had a rather large row about it and he left.

That shoulda been that, but…

When I next came to send a notice in that group, I found I couldn’t. I notecarded the guy and explained. No response. I asked Thom to contact him on my behalf and explain, no response. I asked the person who owned the club to intervene, she did and he replied he’d taken away my notice sending rights and blocked me. No mention of why.

Some time later, I was talking to another club owner (Alex at Alt7) and she mentioned this guy, I told her what had happened and she said, but that’s nuts. I’ll talk to him, he seems to like me. She got in touch and he spoke to her about it. Apparently, although his English isn’t great, the reason for my (now 10-year blocking) is that I started the war in Vietnam, it’s my fault. This is, of course, despite the fact the Vietnam war thankfully ended in 1975 when I was just a twinkle.

She tried to impress upon him that it simply could NOT be the case, but he was having none of it and replied something along the lines of ‘It’s people like her that start all the wars’, as if to say that if I hadn’t started that particular one, I was sure to be responsible for one of them!

So… what’s the strangest thing/weirdest thing/wildest thing you’ve ever had happen to you in SL? Please tell me all! ❤

The Cynful Laced Up Top and Corset Set is available right now at C88 for those of you with a few linden dollars burning a hole in their pockets. You can enjoy a perfect fit of this top if you have a Maitreya Lara or a Belleza Freya, Isis or Hourglass body. You can change details like the corset colour, the laces and even the metal colour of the eyes. Nice!

I paired it with my fave Frida shorts from Thalia Heckroth, I don’t blog for them but hey… I might consider it if they asked me nice :D. Seriously, they’re super cute shorts and they fit well. Sometimes it’s nice to have something that skims the curves rather than clings to them.

The hair, OMG, the hair. Aside from my beloved KoKoLoReS, .Shi is perhaps my favourite SL hair designer. They’re always so quirky and stylish. I feel 110% more cool in a .Shi hair.

Also, I hate to rub it in but I’m wearing Pure Poison shoes again which I did pick up in the flash sale that is no longer on for 10 L$. However, these cutie shoes can be yours for the very reasonable price of 99 L$. Not at all shabby!

Here’s the jigging for the rigging… let’s enjoy my rather muted attempt at Sia’s Elastic Heart.