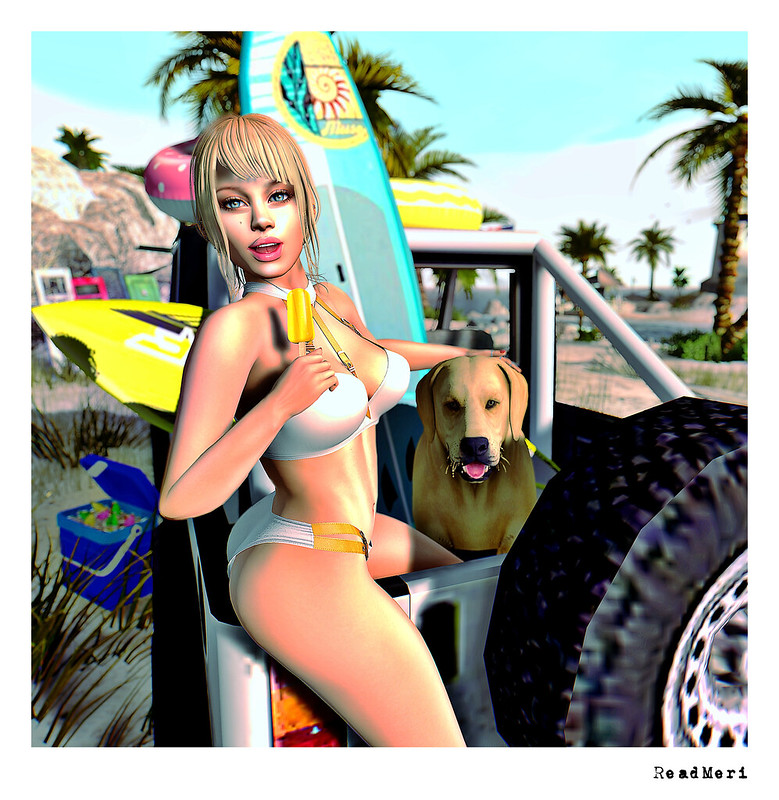 Morning-ish bloggerites. I do hope you’re not expecting too much of me today. I feel a bit pants. I’ve come to the conclusion that mid-week socialising (and by that, yes, I mean drinking) is so decadent and crazy that it’s punished in equally generous fashion. I should know better.

But I’m here! And the photo looks like I’m wide awake and giving it my all, and that’s (I hope) how you will imagine I really am, instead of the poor, bedraggled creature operating the keyboard. An early night is likely tonight, which should help to repair me for the weekend 😀

I’ve also got raw carrots and (dun dun dun) the best ice-cream I ever had. If you want an ice-cream taste sensation, pop over to Tesco and buy yourself a box of Nestle Extreme cones. My faves are mocha and raspberry. Later, I shall have one, that’s my promise to myself.

The BUENO Belted Bikini comes in Sheer & Solid (Solid shown in main picture and sheer in second and ‘well lit, no shit’ shots. A metal Hud is included with every bikini. The fatpack means you can mix and match the strap and bikini colours too! It’s fitted for Maitreya Lara/Slink Hourglass/Belleza Freya/Legacy. I like it lots.

Shimmy along to Kustom9 and try a demo ❤