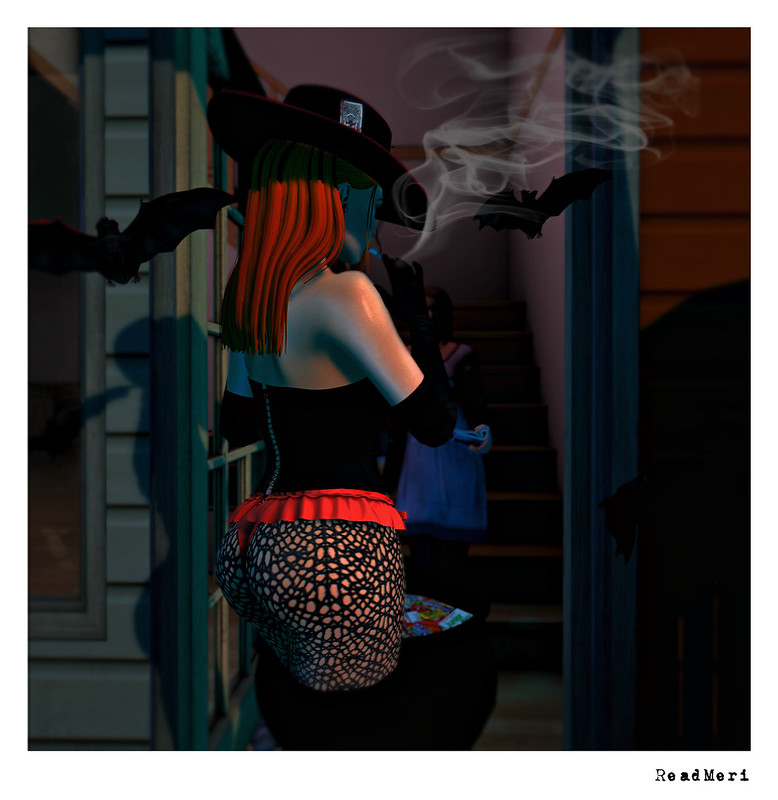 All good stories begin with the words ‘Once upon a time…’, but this isn’t a good story. It’s a bad story and very bad for me in particular. You see, I hate Halloween. I don’t trust Halloween. If I tell people I don’t like Halloween, they think it is because I’ve never tried embracing it, or I simply hate other people having fun. The truth is much darker, because I’m not scared of spooks and ghouls, witches and bats. I’m scared of Halloween itself and the reasons go deep.

When I was 12 years old, a girl in my class at school got to have a Halloween party and invite all her friends. Nowadays, that isn’t unusual, but back then, she was the first girl to have a Halloween party I had heard of. In the UK, Halloween parties were not commonplace, the adults never celebrated it and the kids didn’t do much in the way of ‘trick or treat’ing or dressing up. I certainly hadn’t been allowed as my Mum thought it was no more than begging with threats.

I went to the party with some serious excitement. Ella lived in a very old house with her Dad and nobody else and he had allowed her to turn the whole attic floor into a scary den for us to play in. We had a lot of fun and then, she announced, we would go trick or treating.

Her Dad told us to make sure we never went to a door alone, not to go far and to always be polite. Good advice.

I felt shy about it and tended to hang back at the doors and perhaps because people weren’t used to the Trick or Treat tradition, some people were only giving a few things out or 50p to the first child at the door, so I was missing out. I decided to try one place with one of my friends, Annette, without the others.

I pushed open the squealing gate, the metal was cold and unpleasantly wet beneath my fingers. We crunched down the gravel drive and a cat hissed and ran away into the darkness. Finally, we reached the door and I took a deep breath and knocked. ‘Say ‘trick or treat’’ whispered Annette. ‘Trick or Treat’ I said, but too quietly.

She huffed a little and said there was nobody home, she started back down the drive when I saw movement through the glazed door. ‘Someone’s home’ I whispered after her, she paused. I knocked again and said ‘Trick or treat’ a little louder. ‘WAIT!’ called a man’s voice, sounding like he gargled with broken glass, and I waited. Annette stood waiting too, undecided as to whether she should come back or catch up with the others.

The door creaked open very slowly a few inches and an old man’s face came into view. ‘What do you want?’ he said. I said, nervously now, ‘Trick or Treat!’ and the door opened more widely. He held a huge gleaming carving knife in his hand. He lurched towards me and I fell backwards down the steps.

Annette saw the blade and needlessly shouted ‘RUN!’ as she made for the gate. I dragged myself up, scraping my hands on the gravel and began to push my legs to move, move, move as I half-ran, half-crawled towards the gate. The man pursued us but he was slow. We made it outside onto the pavement, breathless and terrified.

We caught up with the others and told them what had happened. Ella said the man was very old and very grumpy and that’s why she hadn’t gone there. We decided to always stick together from that point. Further down the street were smaller, newer houses which contained young families and couples who were more receptive to our visit. They began to ply us with sweets and treats, money and praise. We were a happy group of little girls.

Then a group of older boys who hadn’t dressed up and were carrying a box of eggs saw us and demanded we hand over what we had. When we said no, they began throwing first the eggs and then bricks at us from a building site on the street, bricks hit us on our heads and bodies like rain. We dropped most of our stuff and ran, ran, ran, some of us bleeding from scrapes and cuts and most of us with lumps on our heads. We ran until our lungs almost burst and then, slowing, walked despondently back towards Ella’s house.

I fell back even further, feeling most sorry for myself. I had scraped hands, ruined tights and a big pulsating lump on my head from the bricks – nothing nice to show for it. The others passed over the level crossing and just as they did, the bells began to sound and the lights began to flash. I started to run to catch up with them and, as I got to the far side of the level crossing, the huge arms of the gates descended, knocking me to the ground and I lay dazed beneath them. I think I screamed and my friends turned around, some of them began screaming too and shouting ‘The train is coming! The TRAIN!’ which already I suspected and was very panicked about, my legs still lay across the train line. A few of the girls grabbed hold of my arms to pull me and some pushed at the gates to try to lift them a little.

They dragged me clear of the gates face down, just as the train went through the crossing.

I was so glad to go home that night and swore I’d never go Trick or Treating again. And I never did.

I’d like to say that was the only horror to befall me on Halloween, but it was not. Since that fateful night, I’ve had various horrible, horrible things happen to me on the 31st October over the years.

Basically, I try not to leave the house at all, I try not to make any big decisions, I try not to even talk to people. Halloween, for me at least, is dangerous. It’s jinxed. Be careful out there, people. There are greater forces at work than we can comprehend.