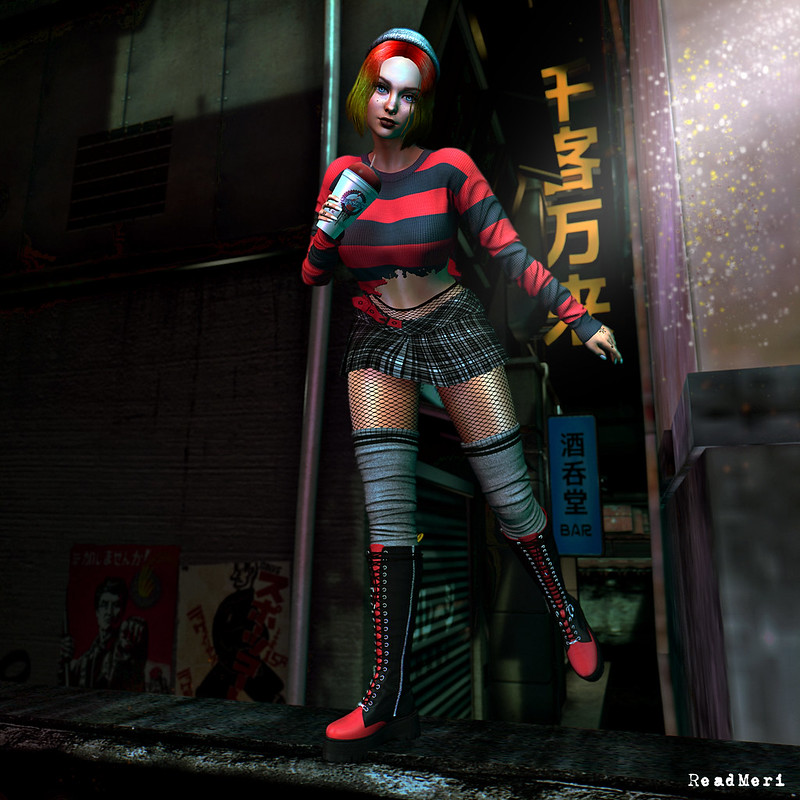 So, if you were to describe yourself with just one song, what would that song be? This is a question I asked on my FB recently and got a few answers from friends. Honestly, I was surprised with the quality of the answers (and the tunes). Although I asked the question, it’s one I’m finding really hard to answer for myself.

Cus let’s face it, there are so many songs. Even if you imagine your life as a movie and imagine the outro song (the one right at the end and when the credits roll), it’s still hard to decide because who knows what type of film it is yet? I don’t know if my life is a romcom, a tragedy, a horror flick or what?!?

Course, by the time I do know, it’ll be too late cus I’ll be brown bread (dead).

I’ve always thought that one of the songs I’d like at my funeral is ‘Girls just want to have fun’ by Cyndi Lauper (7″ original version), partly because I want to make people laugh. But that might change because maybe when I’m 95 (my planned age of accession to the higher plane) that won’t seem so appropriate.

As the song that sums me up best, I think I will go for ‘The Lady is a Tramp’ (Ella Fitzgerald version of course)

I’ve wined and dined on Mulligan stew and never wished for turkey
As I hitched and hiked and grifted too, from Maine to Albuquerque
Alas I missed the Beaux Arts Ball and what is twice as sad
I was never at a party where they honored Noel Ca-ad
But social circles spin too fast for me
My “hobohemia” is the place to be

I get too hungry for dinner at eight
I like the theater, but never come late
I never bother with people I hate
That’s why the lady is a tramp

I like the free, fresh wind in my hair
Life without care
I’m broke, it’s oke
Hate California, it’s cold and it’s damp
That’s why the lady is a tramp

I go to Coney, the beach is divine
I go to ballgames, the bleachers are fine
I follow Winchell and read every line
That’s why the lady is a tramp

I like the green grass under my shoes
What can I lose, I’m flat, that’s that
I’m alone when I lower my lamp
That’s why the lady is a tramp

So, the obvious question now… how about you? What song do you think sums you up best? ❤ I can’t wait to know!

Addams Zoe Megapack contains the skirt, top, stockings, boots and undies (which you can’t see in my pic, obvs) with all kinds of options, and you can get all details on their flickr here.

Lock&Tufts ‘Sly’ hair and hat is so cutie. It was released for Equal10 last month which means I JUST missed the closure. Darn it. You however, can look forward to picking it up at the mainstore. My apologies to the lovely peeps at L&T, if I had realised I would have done it sooner ❤