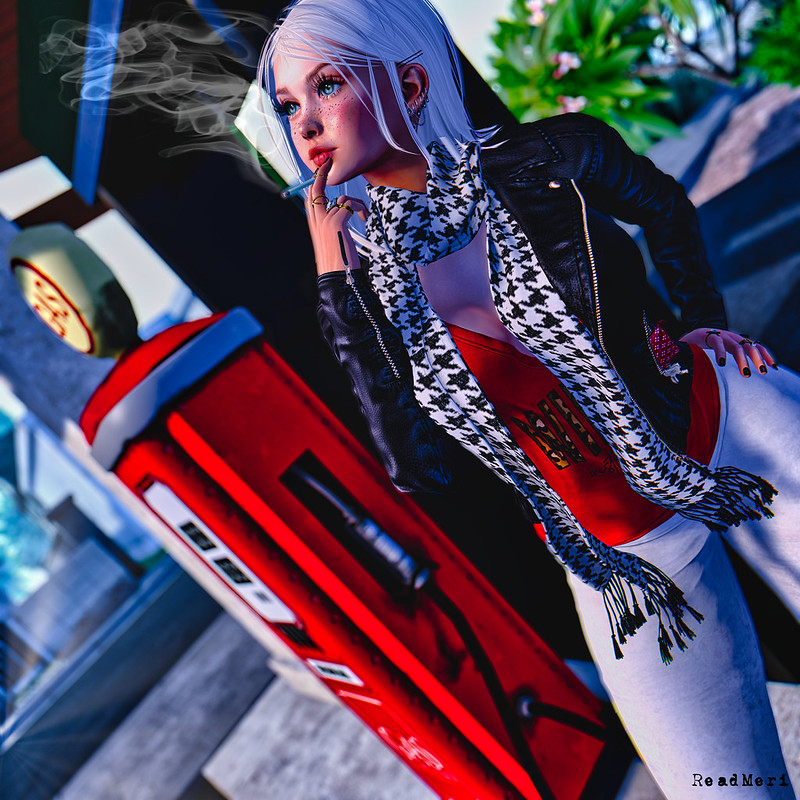 What a week it has been here in Meriville! I’m so glad it’s Thursday and most of my errands and trips out are out of the way. Tomorrow I’m going to have a proper ‘bo’ lie-in and enjoy some well-deserved rest.

I’m renaming my new car ‘Kate’ (or Katie if she’s good). I had called her Yucky but everybody said I should change it and so I have. She’s also got herself a twin, now my Mum has bought one exactly the same, and hers is called Annie. Annie and Kate are also two of the names of my Mum’s Aunts, so it seems appropriate.

I took Kate back to the guy who sold her to me today, he’d assured me he’d be on hand to help with any problems (as they all do before you agree to buy it) and so I took him at his word. I have a small chip on the windscreen I hadn’t noticed when buying (it was raining heavily), some condensation in the rear passenger light housing and the driver’s side door seal is coming away from the car body.

He told me (possibly correctly) that the condensation in the light housing is extremely common, even in completely new cars and that he’s not willing to do anything about it.

I told him that my partner, much to my surprise, had liked the car very much, but he’d also said ongoing condensation that doesn’t dry out in a light housing can cause the unit to fail. He said that was unlikely to be the case, that the condensation had probably been there all along from new (that didn’t reassure me much). He also said that my partner had done ‘what men do’ and even though he’d liked it, he’d had to go around and pick faults with it. I thought that he probably wouldn’t have said that to Thom to his face, but let it go, even though I felt it was a bit disparaging of my man.

He agreed to sort out a way of fixing the door seal and he spent a lot of time staring at the stone chip with a look on his face like he was doing a huge poop in his pants.

I said ‘I didn’t expect the stone chip to worry you this much, Matthew, it’s only small’ and he said ‘Mmm’.

I said, ‘I don’t think it is obstructing the driver view, if that’s what you’re worried about, I think we’ll get away with not replacing the windscreen and just having a repair’. And he looked a little startled, like that idea was scary (my full intention). I suggested he sit in the driver’s seat so that he could be sure of this himself and he did. I was fully aware he wasn’t even doing this to humour me, but more to give himself time to think about what he wanted to say. I felt a wriggle coming on, so he didn’t have to deal with it.

He said ‘Most insurance companies will do windscreen stone chips without an excess’ and I said that yes, most did, but apparently mine didn’t (£40 excess), which he seemed very shocked about. As I pointed out, when I took out the insurance I hadn’t noticed the screen chip and even if I had, it would have been there prior to taking out the insurance so they wouldn’t have covered me for it.

Again he said ‘Mmm’ and there was a silence. I let it ride… something else Thom taught me.

Then he said,  ‘I’d like to think that either the guy who did the MOT or I would have noticed the stone chip before it was sold’ and I said ‘Yes, I would’ve hoped that too, but there we are. It was a very rainy time. Perhaps that’s why’.

I waited for him to spit it out and surely enough, he didn’t fail me, ‘I mean,’ said he, ‘how can I be sure that the stone chip was there when I sold it? It could have happened since’.

And there we had it. He’d finally pooped it out.

I nodded and smiled. I said ‘Yeah, I understand Matthew, but this (I indicated the space between us with my hand) is all about mutual trust, and you’re going to have to trust me that I wouldn’t do that. I’m just not that kind of person.’

And he said ‘Oh no, no! You’re not that kind of person. Absolutely. I’ll get my chap to come to your house and sort it out… I’ll call you about that, and sort the door seal out.’

I thanked him reasonably sincerely. It’s no fun having to force the horse to water and then make him drink, but at least he swallowed eventually.

Next week I’m just going to think about kittens and shiny things.

You can find out all about the offers, body fits, fatpacking and permuatations  of Blueberry’s latest release on her Flickr. There’s a lot of info! ❤

KoKoLoReS’s Judith hair is an awesome alpha style, fitted mesh, so just pop it on and off you go ❤