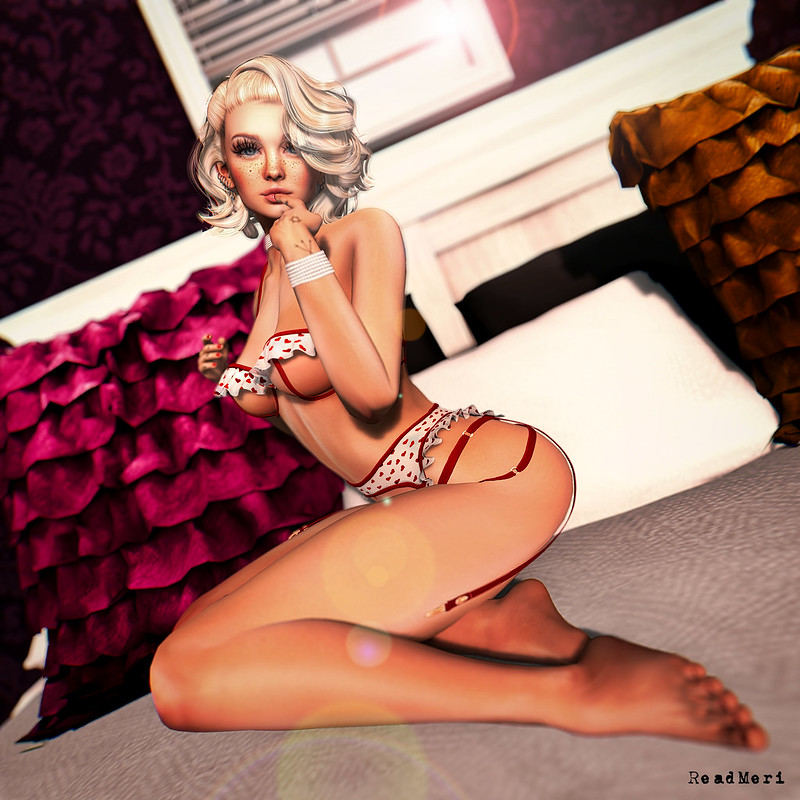 I’m in trouble and not the cute, sexy kind implied in my photo above. Nope, I’m in trouble with my mum. She hasn’t said anything to me, but I just know it’s going to be bad.

All her life, my mum has hated having her photograph taken, or should I say specifically, she hates seeing photographs of herself. She has always, when met with a photograph of herself either demanded it is destroyed or insisted it is not displayed.

You might be feeling all kinds of sympathy for her, because we’ve all felt that way at times, but quite honestly, it’s not good loving someone who places such restrictions on every photograph of her ever taken.

I’ll give you some ‘for instances’. I’ve not seen any pictures of when she married my dad. She has two (that’s only one more than one) photographs of herself from when she was a young woman in the album and another two of herself as a child – and that’s it.

There are three versions of one photo of me with my mum when I was about 7 or 8 years old. I have that one photo of us together framed, but she hates me having it up in the house.

That’s not many pictures for her, considering she’s almost 80 years old.

She got me to sign her up for Facebook some years ago and I put a picture of her I’d taken earlier that year with a parrot on her shoulder – perfect FB photo. She vetoed it, said she hated it and went on for quite some time about how I had ‘done that’ and how she wanted it gone.

I suggested that we spend some time on another photo of her for Facebook to make sure it was one she liked, and we did, and I took a great picture of her, which she did love eventually and has used ever since.

And then yesterday, I went out with her and her friend for lunch. She met her friend a long time ago, before I was born and so I’ve known her my entire life. I don’t see her often and the lunch was to celebrate the friend’s 80th birthday. Outside, the sun was shining and so I suggested we took a photograph together. Mum and the friend happily lined up with me for the photo, we put our backs to the sun so we didn’t squint (I still squinted) and I took two snaps.

Mum and her friend looked at the best of the two on my phone and agreed it looked nice, and I said I’d put it on Facebook and tag the friend’s sons, so that they could show her it on the PC. Mum said that she didn’t want me to put it on Facebook and that she had rights for me not to do that. I said that actually, she didn’t. She was on a public street and had known her photograph was being taken and that now, legally, she had no rights to stop me using the picture any way I liked.

I know, you’re thinking I’m a rotter, but really, I’ve had enough. It’s not all about how she feels, it’s about the people who love her too and might like a photograph of her and them enjoying a happy occasion.

One of the photos was really great. I mean, I looked a bit of a wally on it. I had two chins, my hair was fluffy on top and, as I said, I was squinting, but aside from that, it was a jewel of a shot. Sun rays shot across the front of our faces and the sky was amazing behind us. Mum and her friend looked awesome. And most importantly, I think it’s the only picture of the two of them in existence.

I got home and uploaded it to my PC, whacked a simple filter on it and marvelled at how lucky I’d got.

I put it on Facebook and sent her a text to let her know I had. I said it was fantastic. I was still on Facebook when she went on to see it and she said nothing. She didn’t ‘like it’ or comment. She’s furious. I can feel it from a quarter of a mile away.

But I can’t claim to be wholeheartedly sorry, I’m only sorry that I’m dreading the conversation we’ll have and that it has put a real damper on the day out we had.

I feel really sad about it. And a bit cross.