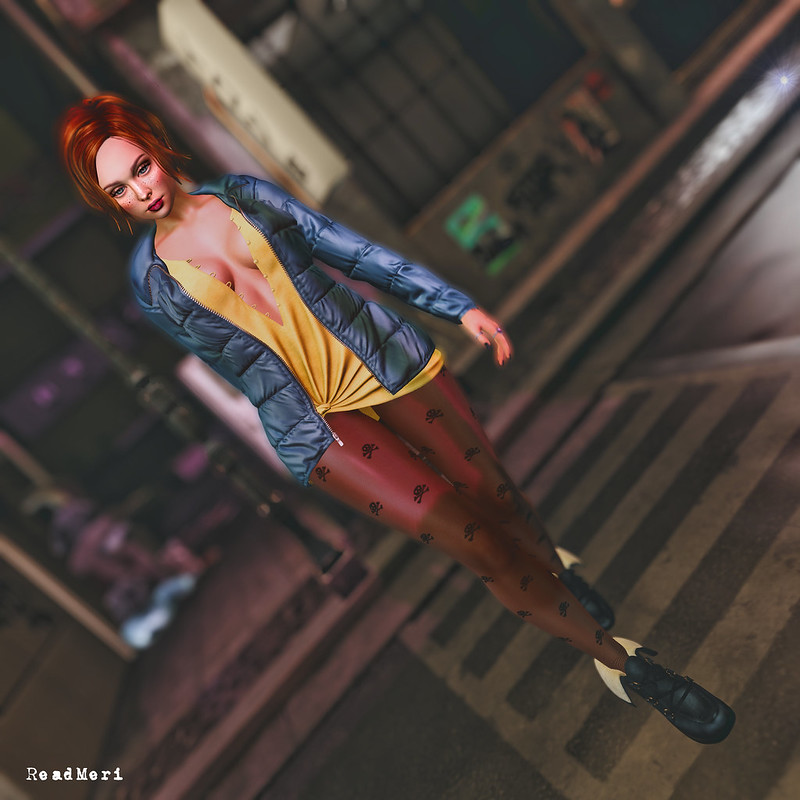 What do I love in Second Life? Well, gifts. They’re the best, aren’t they?

Gifts make the world go around, not money. Every item featured on this blog today is a gift from one fabulous brand or another. I think a lot of it this time is about the dark times we’re all facing and people trying to make each other happy in some small way.

Most of us are at home, most of us are scared. Just about all of us have no social life any longer – this is bound to mean that Second Life will be swamped with a ton of old faces and maybe even a few new ones.

I’m really looking forward to it, honestly. It’ll be like 2008 all over again, only this time, we’ll look good too.

It probably won’t surprise you to know I’m having trouble with my mum in RL. I mean, she’s fantastic, really. She’s really very unusual for her age (almost 80) and she’s lost none of her vim, vigour and brainpower.

The older folks of now are different to when I was a kid; my grandma was an old lady from when she was about 55. Old people feel younger now, go out more, socialise more and are less amenable… and what I mean by that is, they DO NOT do what they’re told.

And while that’s admirable on a normal basis, in this climate it’s really very dangerous. My mum and I have hit this point where she says things to me on the phone like…

‘I’m going to drop by later but not sure what time cus, I want to pop out first’

Yup, the oldies have basically become Braveheart without the blue make-up, shouting ‘They’ll never take our freedom!’ and such, while charging around the supermarkets, not avoiding people.

Of course, when you add this to the youngies, who think they are indestructible and will get through this with narry a sniffle… we have a potion for disaster.

And in the middle? Well… me for sure. Indoors, being a good girl and hoping this will all go away very soon.

I’m missing Thom in RL very much right now. I would give quite a lot for a cuddle and his reassuring presence, but he says he’d never forgive himself if he gave Covid-19 to me, as I’m high-risk.

So I’m just going to trudge on, hoping this won’t be too bad, hoping my friends and family make it through unscathed and trying to enjoy the little things – like some nice gifts in Second Life.

Thanks to all those who have contributed gifts to this blog and to all Second Lifers, it means a lot.

What you got there, Meri?