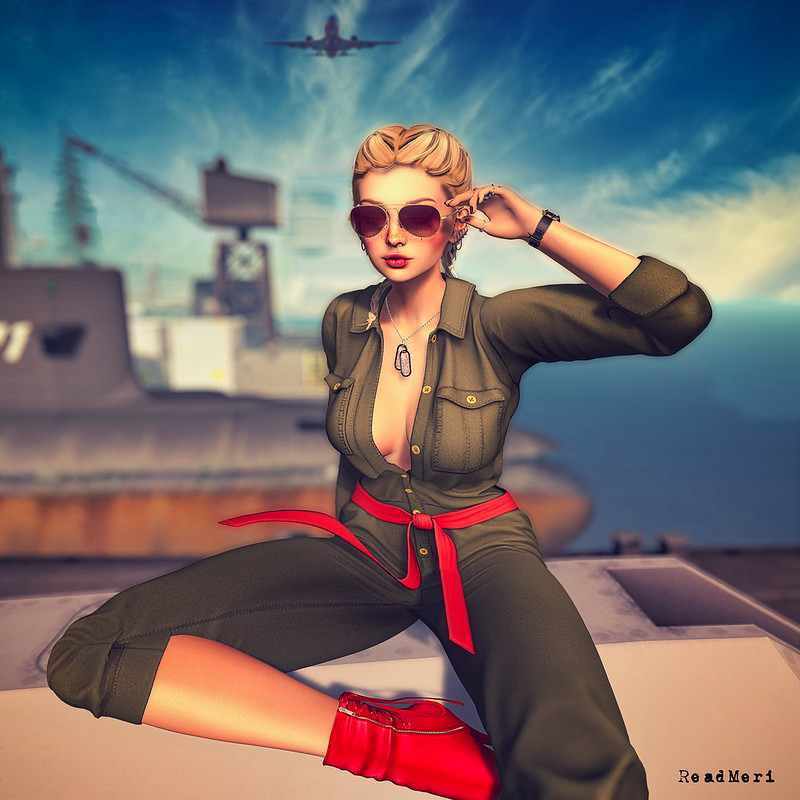 I have tons to tell you about where I was when I took the picture and what’s going to be happening that you might find interesting, but first, I want to share some real life gubbins, so if you just want to hear about the SL stuff, scroll on down.

I didn’t see Thom on Wednesday night, he had to work. Occasionally, he has to work at nights and it’s something to do with when systems are asleep, or systems are awake and the people that use them are asleep – something like that.

Anyway, he does a job where he has to tell people ‘NO’ a lot. I know this because when I ask about how his day was, he says, ‘Not good – had to tell three people to f*ck off, and say no we weren’t doing it’.

From what I understand, he doesn’t literally swear at the people, that’s his summation, because on the occasions I’ve dug deeper, it transpires it took him a lot longer than telling them to eff off would have done. I guess he tells them why.

He asked me how my Wednesday had been, as we hadn’t spoken and I told him I made a chocolate cake. Immediately, he said that must mean today I went to the Post Office, because he thinks I should send him any cake I make. I said I had not, and with good reason.

I took my time making this cake, ensuring each element was just right. I cut the baking paper to size for the tins, let the sponges cool properly on my cooling rack after cooking and made sure the chocolate buttercream wasn’t too sweet or too buttery. When I performed the simple assembly operation, it looked like a good job done and I got down my trusty old ‘Roses’ tin.

If I make a cake, which is rare, I pop the cake onto the lid of the roses tin and use the base to cover the body of the cake… it’s a good system. Means it’s protected, I can pop it in the fridge (I like it cold) and that when I want to cut a piece, I take off the bottom of the tin like a lid.

I carried the cake in its new home to the fridge which is by the doorway to the dining room, I took one hand off the cake tin to open the fridge door and suddenly, the hand holding the cake tin failed and the tin shot open like a beak, it tipped over backwards and the whole cake flew out, landing on my dining room floor.

Immediately, my cat appeared as if from nowhere and began licking it up.

Not known for my slow reactions when it comes to cake, I also leapt in and quickly grabbed what hadn’t touched the floor or the cat with one hand and shoved it back into the tin. I later salvaged what can only be described as one cereal bowl of cake fool from the mess. I ate it with a spoon.

The floor had to be cleaned. I dissuaded the cat from continuing eating the buttercream with my foot.

And that, my friends, is how you get known as a domestic goddess.

I went to visit the Second Life US Navy in their Cedarbrae sim – Jeogeot Point Naval Base for my picture and even though I didn’t get permission and was – of course – stopped and asked what I was doing. However, they were happy to share information with me and for me to include it on the blog. Maybe you’d like to join the Navy?

I first met Admiral Harcassle (via IM, he was at an undisclosed location) but he was very kind and gave me some information and also, I think, put me in touch with Captain Natalya Petrova who talked me through more info about their Fleet Week.

Natalya told me “The (NBJP) “Naval Base Jeogeot Point” is operated by the USNSL 2nd Fleet. This is our main base in Jeogeot and the group dates back to 2013. It’s a group trying to simulate aspects of navy life, training, ops and so on.  In a few weeks we’ll be having a major event in collaboration with other SL military groups called Fleet Week”

Fleet Week will take place 4-10 May and you can go in SL, it’s going to be amazing, apparently. A real fun opportunity to see what they do.

Natalya Petrova gave me some details but I thought I’d share some online sources with you to allow you to find out more about the organisation and the event too.

Here is their Facebook page with posts about Fleet Week and how to get amongst it. There’s also a Youtube interview with Admiral Harcassle.

They seem super nice, organised and really welcoming. They did not freak out to find me sitting on their big gun. I like them. Why not go look em up? ❤